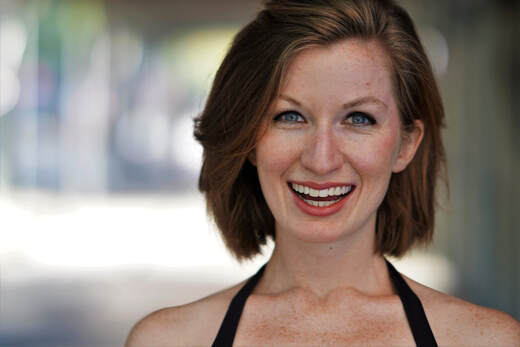 Had a nice reprieve from the winter weather performing with BROADWAY TONITE! in Florida in February!
Joined forces with pianist Richard Devens as the vocalist in his jazz duo.  Performing throughout the tri-state area!
New Photos!  Unedited, No filter.  Thanks to Jon & Steph!  @jbihphotography 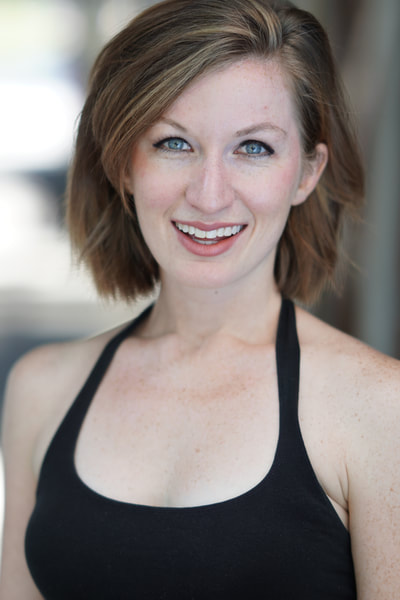 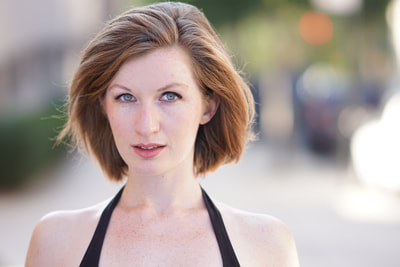 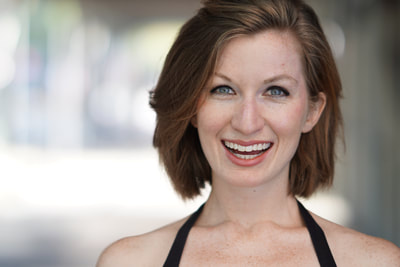 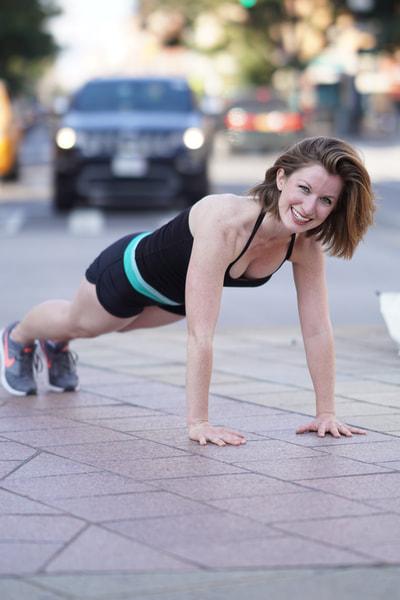 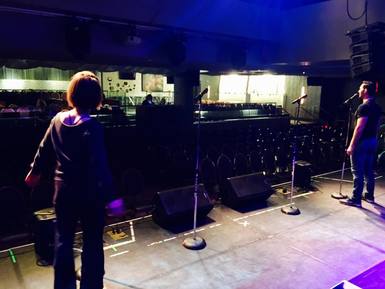 Continued performances throughout the country with BROADWAY TONITE!--
this time the Chicago area!

Kate's looking forward to performing again with On The Spot
​at Broadway Comedy Club!

"On the Spot is a new kind of show that combines some of New York's best cabaret singers and improvisors to create a brand new musical "On the Spot"!" 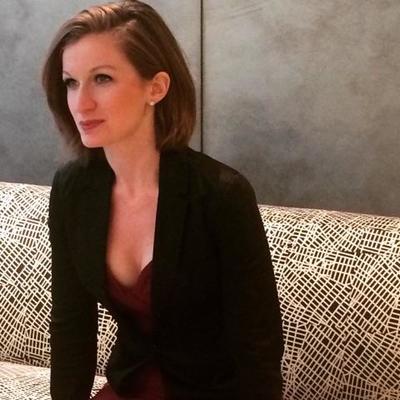 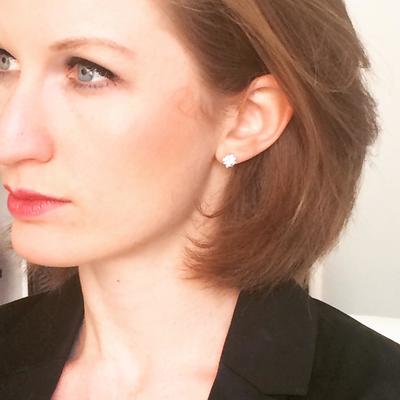 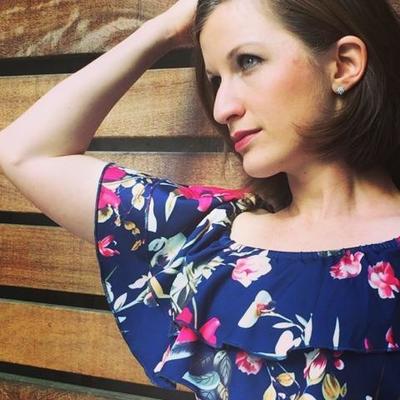 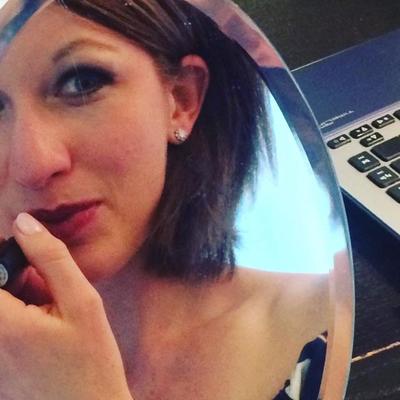 Reporting & interviewing on SPORTSGURU:
​A very 'cabaret' couple of weeks!  Kate was asked to fill in at Don't Tell Mama March 7th.
She got to sing a few of her favorites:
ON THE SPOT invited Kate to return to Broadway Comedy Club February 27th!
She had a great time singing a medley she arranged combining Fly Me To The Moon, I Could Write A Book, and The Way You Look Tonight, as well as Bright by Echosmith.
In between each song, a team of improvisers creates a musical based on what they are hearing!

-Filming a short in the Bronx 1/27
-Singing with VOCAL EASE at senior centers
-Fantastic TV workshop with Rachel Goldman, Kim Graham, Matt Glasner, Lisa Kitay, Meg Rafferty, and Elizabeth Berra
-Prepping for a February performance at ON THE SPOT at Broadway Comedy Club

-One mean lead lawyer in BEFORE THE COURT (editing finishing up now!)
-One year as a member of AEA
-Five versions of GYPSY called in for
-Three states covered in performances of BROADWAY TONITE
-502 fitness classes taught
-Two fitness videos filmed
-Five improvisers making up a scene about my songs in ON THE SPOT
-Six Russian words learned while performing in CHOREOGRAPHY LAB
->1000 teachers to sing for at the BROADWAY TEACHERS WORKSHOP
-Three monologues learned at THE WYNN HANDMAN STUDIO
-100-200 miles covered by foot
-120 headshots purchased
-200 senior citizens who got to hear Ring Them Bells and more with VOCAL EASE
-One awful flu
-70 high kicks with the right leg with RICHARD PIERLON
-25 high kicks with the left with JIM COONEY
-65 Fosse arms with JAMES KINNEY
-Many great classes with RON MELROSE, RACHEL GOLDMAN, SUZANNE RYAN & others
-~200 notes belted with ANDREW BYRNE, EDDIE SCHNECKER, & JOSH FRANKLIN
-3000 notes sung while walking through NYC
-0 times seeing HAMILTON (bring it on, 2017!)

Didn't know Kate was a sports fan??
Check out her newest recurring project: contributer to SPORTSGURU!

Kate is rejoining the Broadway Tonite Live! cast for performances in the Poconos and Monroe, NJ!
She looks forward to playing Sally Bowles, Peggy Sawyer, Velma Kelly, and more, all in one night!

From July's On The Spot at the Broadway Comedy Club
"Down With Love"
Kate is singing for the Arts Midwest Conference in Milwaukee, WI, September 13-15!
-July:  Singing for Broadway Teachers Workshop, working with a Broadway director and fabulous writing team, showcasing the musical: ​Wonderland High

-July 25th, 8pm, performing at On The Spot NYC, as part of their musical improv cabaret. Singing two songs along with other singers and a team of improvisers creating an entire musical around it all!    Tickets:  http://www.onthespotnyc.com/
Just completed a series with Musical Director Ron Melrose
​of Jersey Boys, Bronx Tale, & more !
It was a great opportunity to expand rock knowledge and book selections!
A little Aerosmith, a little John Lennon....

In May, Kate began classes at the WYNN HANDMAN STUDIO with Billy Lyons.

Kate also filmed a fitness promo for a new health company in Brooklyn!

Kate filmed "Before The Court" in May.  In this independent film, Kate plays the lawyer directing the courtroom in the trial between basketball coach and student.
​Rachel Ambelang, director/writer; London Williams, producer.

February:  Lead in NYU short film, 'Close Quarters'.
​Kate played the CEO's assistant accused by a co-worker of having an affair with her boss.  Filmed 2/26.​

January:    Kate is excited to be back in Manhattan as a new member of Actors' Equity Association,
pursuing stage and screen work while continuing
​to train in all aspects of performing.
​

​Thank you, WFMZ's Sue Kalan, for this lovely feature in 'Arts Around Town'!
​ 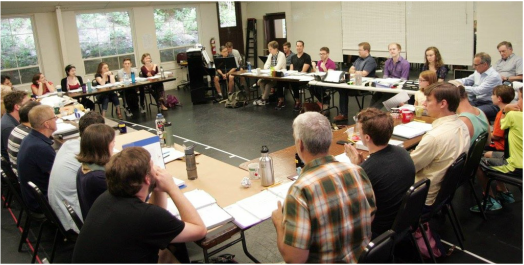 Photo: Goodspeed
Lead in NYU project, as a woman living in a dream: facing the fear of time passing.  Tatiana Stolyarova dir.
..Filmed Mysteries at the Museum for The Travel Channel,
playing the miner's wife in Colorado's coal-miners' uprising

Kate played a lead in City College MFA film's workshop of
​The Distance Between
by Bryan Powers
Clips from Kate's recent performance at Don't Tell Mama:

Kate is thrilled to share that she has booked the role of the LAWYER in the upcoming short film, "Before The Court".


Lead in the reading of Paige Strothmann's new screenplay, "Time Gone By".

Filmed an infomercial for a beauty product with Zazou Productions!

Working quite a bit with NYU, as an actor in their student film projects.
In between projects, volunteering with Vocal Ease:

"To provide outstanding entertainment and enhanced quality of life for New York City's senior communities."
Vocal Ease has been featured major news outlets such as Time Out New York, Back Stage, the New York Daily News, and Newsday, and on New York radio stations WBAI-FM, WOR-AM, and WINS as well as WWOR-TV.
Vocal Ease is a nonprofit 501(c)3 volunteer singing organization that provides live entertainment for New York City's senior citizens at hospitals, nursing homes and senior centers and residences. 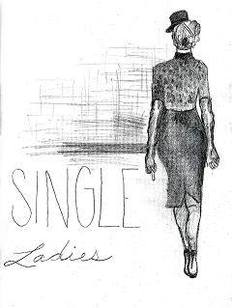 a premiere play by Paige Strothmann,
was workshoped at the Times Square Arts Center this August, followed by the Chicago Fringe Festival
Labor Day weekend! 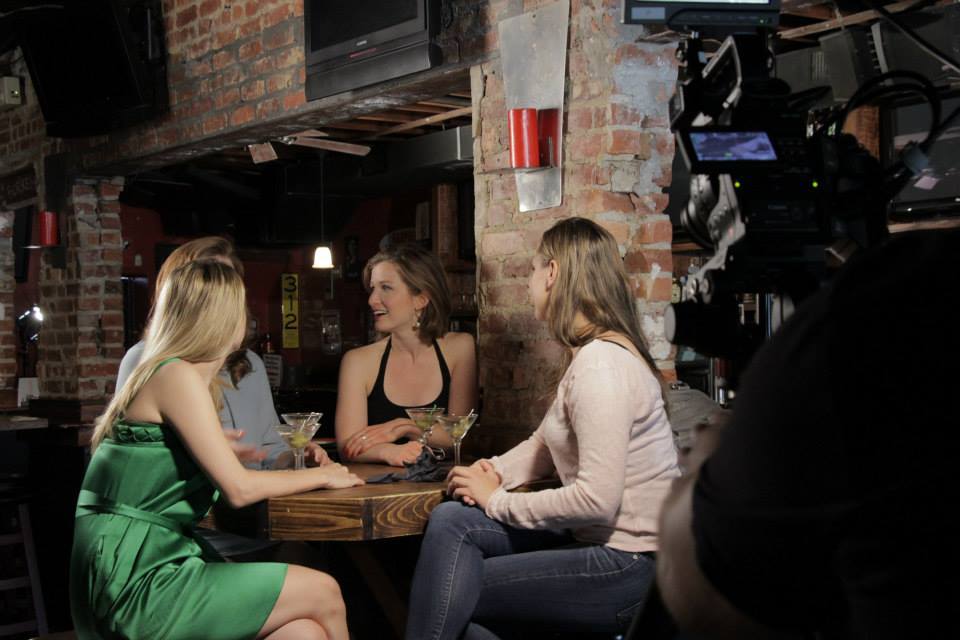 Kate was the dance captain for director/choreographer Kenney Green


"'Godspell' at the InterLakes Summer Theatre in Meredith, New Hampshire, was a real pleasure. This lively, high-energy show with its non-stop musical numbers, some with actors performing in the aisles, had the audience enthralled from start to finish."
Linwood Street Blog


"Take advantage of what Interlakes Summer Theatre has to offer. Professional actors from New York City on a high school auditorium stage will convert you to be a believer too. You don't need to drive to Boston or fly to New York. Everything is right here in the beautiful Lakes Region. Aren't we lucky?"
Ann Layman
Laconia Daily Sun 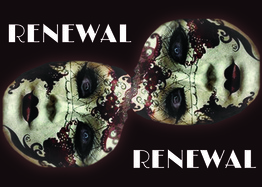 Portrayed Joanna in the

"RENEWAL is the story of Joanna, bonafide Broadway star, who leaves the spotlight of the Great White Way for love. On the way into the arms of her betrothed husband to be, she befalls a tragic accident. Over the course of the following year, not only has she been betrayed by friends, but also nearly forgotten by her so-called agent. Will she ever find love as she transforms her renewed outlook on life? This stylized 1950s melodramatic musical throwback will be done in a unique telling. This fully staged workshop production will perform in the heart of Times Square this Spring." 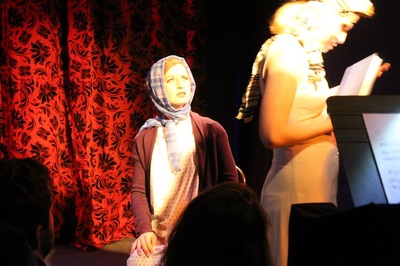 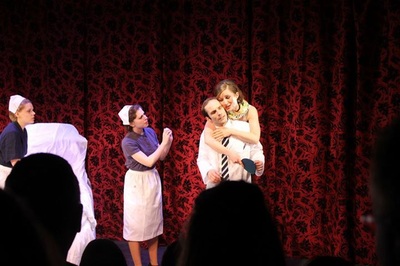 Also in March, The Network's Five-Week Commercial Class with Scott Wojcik concluded with a showcase to three agents.  It was an invaluable five weeks-- many thanks to Scott! 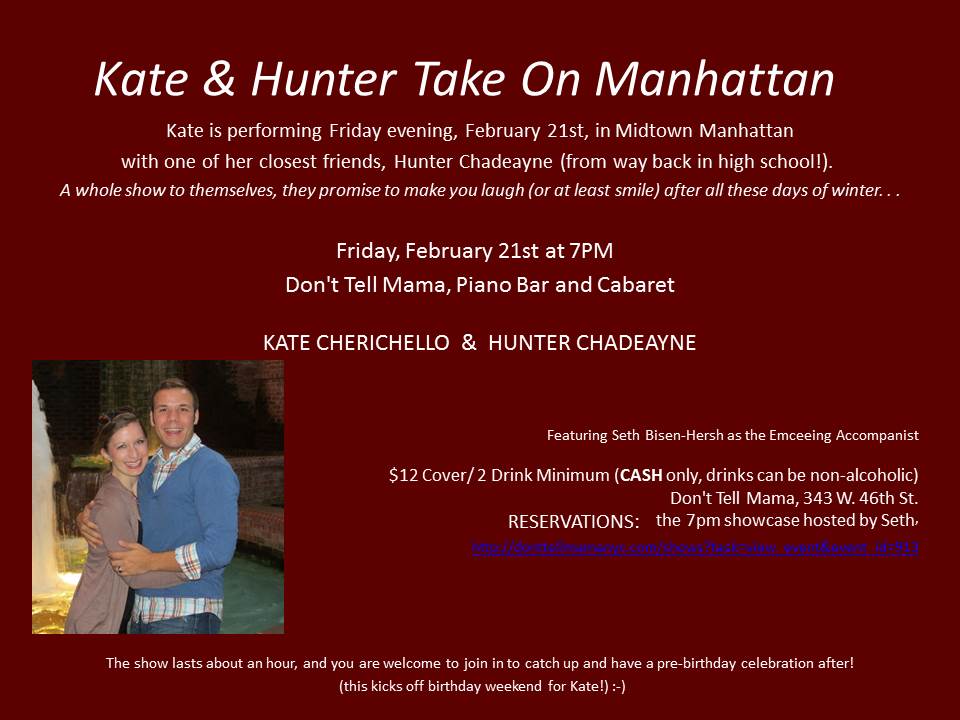 A piece from the cabaret:

Kate plays a ruthless film producer who 'may or may not be delusional'...

'The play delves into the dark, festering world that lies beneath the

picture-perfect suburban towns in America where boredom and false

promises of a better life have left some folks feeling "cheated and betrayed,"

to quote Nathanael West from 'The Day of the Locust.'" '


-Benefit concert in her home state of NJ


-Fun Factory reunites to perform at the TOTY Toy Awards in NYC, Feb. 15

One of the four female featured singers in The Fireside Theatre's A Fireside Christmas October 31st - December 22nd, 2013, in Fort Atkinson, WI.

www.firesidetheatre.com
"The Fireside Dinner Theatre is one of the Midwest's
most popular entertainment destinations and the only Actor’s Equity dinner
theatre in Wisconsin."

"Since 1964, The Fireside Dinner Theatre in Fort Atkinson, Wisconsin has been the
premiere entertainment destination in the Midwest for superb musicals featuring
Broadway performers, fine dining, and boutique shops in a one-of-a-kind setting.
Consistently named as a top destination for travel tours across the United
States..." 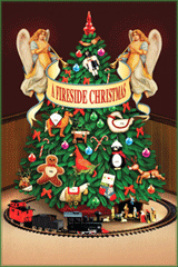 From Wisconsin's The Freeman:
"With the cadre of talent they have garnered, each number is sure to please..."

BWW Long Island Awards:  NOMINATED for Best Ensemble, plus many others!

Directed by Igor Goldin, choreographed by Antoinette DiPietropolo.  Over 50 performances, through July 14th. 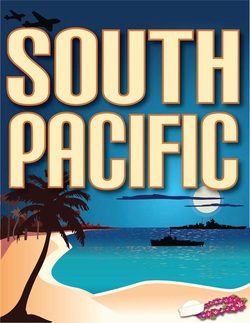 
"A wonderful cast and a classic show certainly makes this production, dare I say,
a must-see on Long Island."    -BroadwayWorld

In August 2013, performed once again with Broadway Tonite!, this time at the Suffolk Theater in Riverhead, NY.

A revue-style show, Kate performed songs from 42nd St (Peggy), Phantom of the Opera (Christine), West Side Story (Maria), Cabaret (Sally), and more!
Clips from Benefit Concert where Kate was the guest artist in
​East Stroudsburg, PA
In March, a 'mini tour' with
Broadway Tonite!
Performances in South Florida.
From Peggy Sawyer, to Sally Bowles, to Velma Kelly, and more... in a 90-minute four-person show!

She continues to perform with this group in various locations in the USA.
Recently:
New works...

LOVE SO DEAR
Premiere Staged Reading of this Brand-New Musical by Composer Larry Gelb in NYC.

FUN FACTORY
Industry-only Reading Premiere of a new musical by Bob Moog, at the York Theatre.

ISLE OF INIQUITY
April 6th Premiere Reading of this new musical in NYC.  By James Johnson.
Performed the role of
Mrs. Warren in Identity Theater's
THE BOYS NEXT DOOR by Tom Griffin. 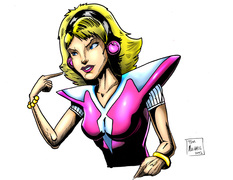 Priscilla Pride "Planet Me"
Kate can be heard as the voices of
Denise Denial
and
Priscilla Pride
on The Moral Dilemma radio show.

September 2012, Kate had the honor of understudying the title role and performing in the ensemble of Gypsy at the Fulton Theatre, PA.
Director Marc Robin. 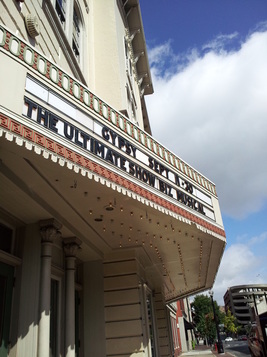 2008- "An all-star cast will join the Indianapolis Symphony for
Guys and Dolls: In Concert
Oct. 10-12 at the Hilbert Circle Theatre in Indianapolis, IN." 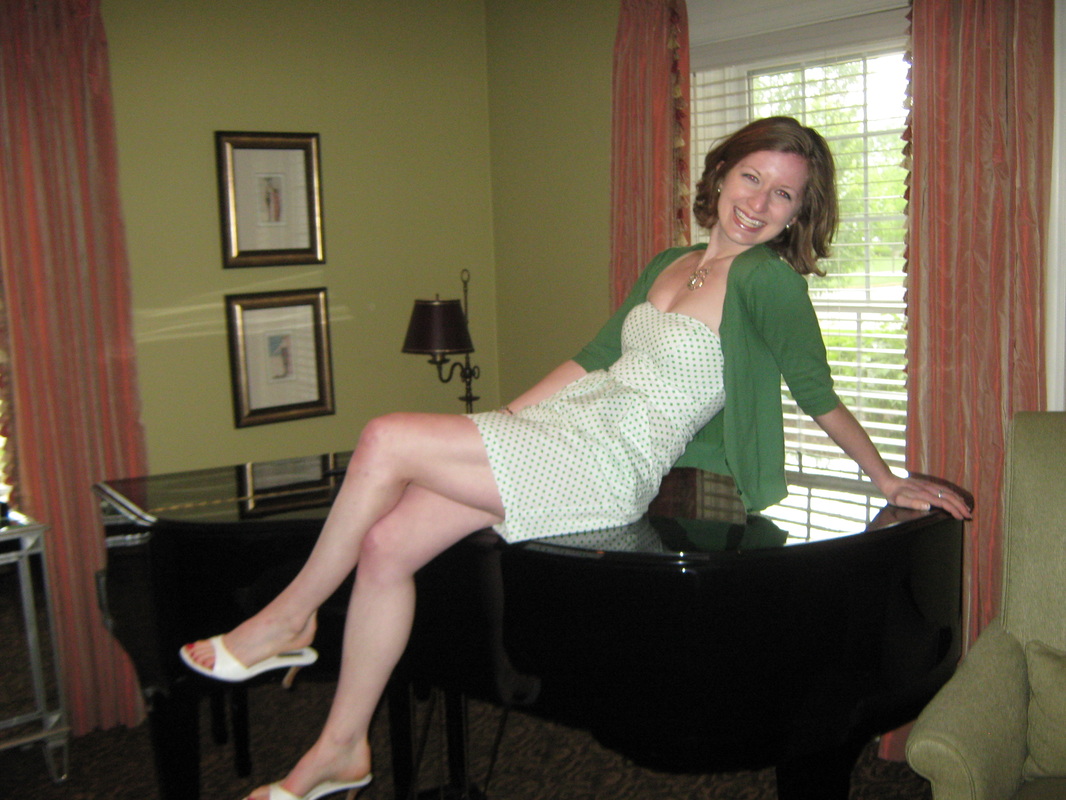